Kelvin Snoeks starts the second race on Sunday afternoon during the VRM Spring Races from pole position. The sun is shining cautiously and the conditions are a lot better than during the first BMW M2 Cup Benelux race. 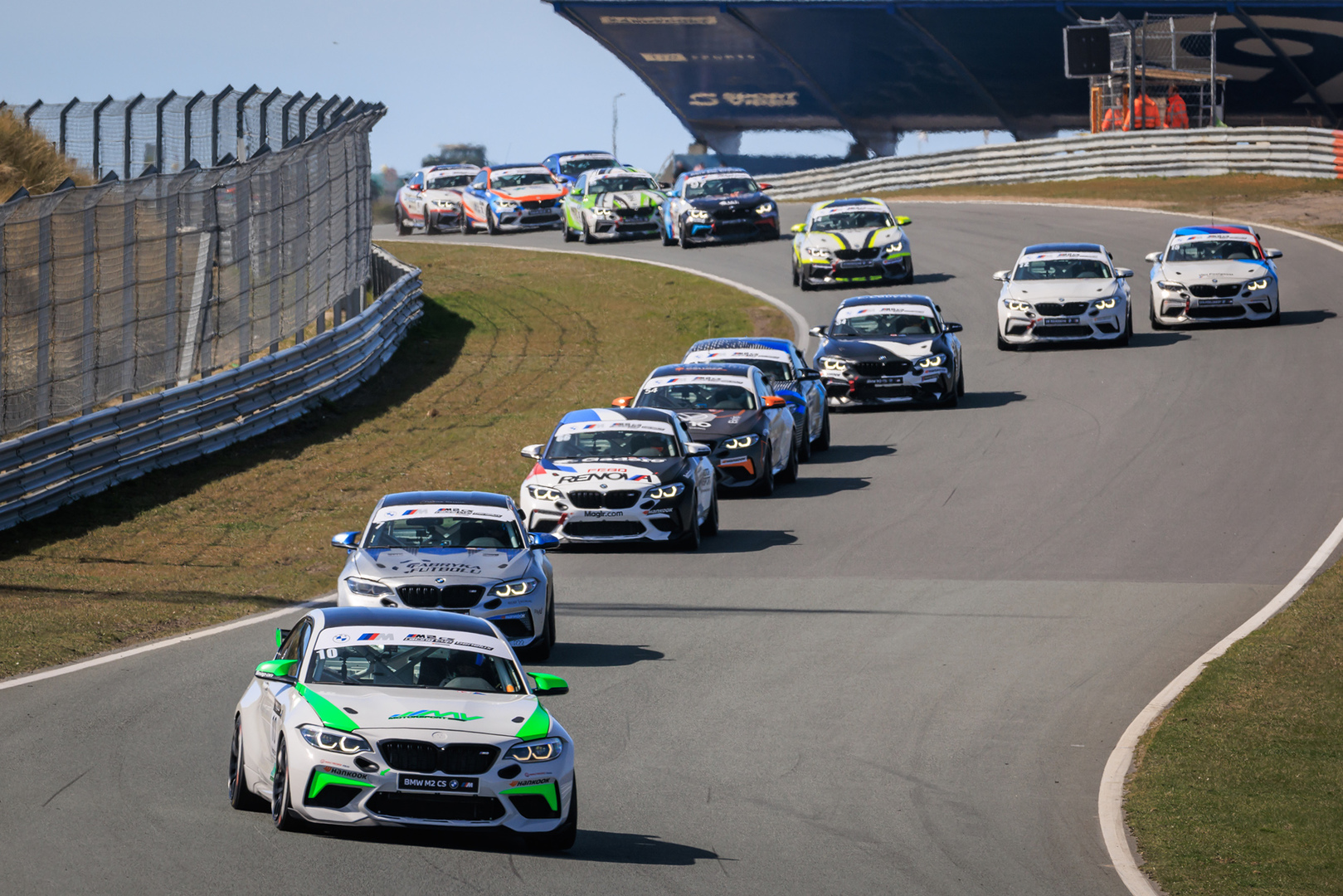 At the rolling start, Snoeks retains the lead ahead of Tomasz Madziarz and Lorenzo van Riet. Donald Molenaar has fallen back, Maxime Oosten has taken fourth place from the fifth starting position after one lap.

Tomasz Madziarz falls further back to seventh place in the second lap, Oosten is on track and is already third. Fred Caprasse and Giovanni Scamardi occupy positions four and five, while Jop Rappange is sixth. Madziarz seems to have a problem as he drops further to ninth on the third lap.

The top three make it a nice battle, they are within a second with a gap of two seconds to Caprasse. Molenaar also has problems, because where he had the speed in race 1, he cannot keep up today, he is in ninth.

Jop Rappange manages to pass Scamardi and heads for Caprasse for p4. Magdziarz comes through in 13th after six laps. Max Veels is seventh, after his strong performance in race 1 he is clearly having trouble keeping up with the pace today.

On the sixth lap Snoeks loses the lead to Van Riet and Oosten also passes him, so that the MV Motorsport driver now comes through in third. Jayden Post, who was doing well yesterday, is not having a great time today in 13th place and he even drops out moments later. Magdziarz has now regained speed and is in ninth on lap 9. 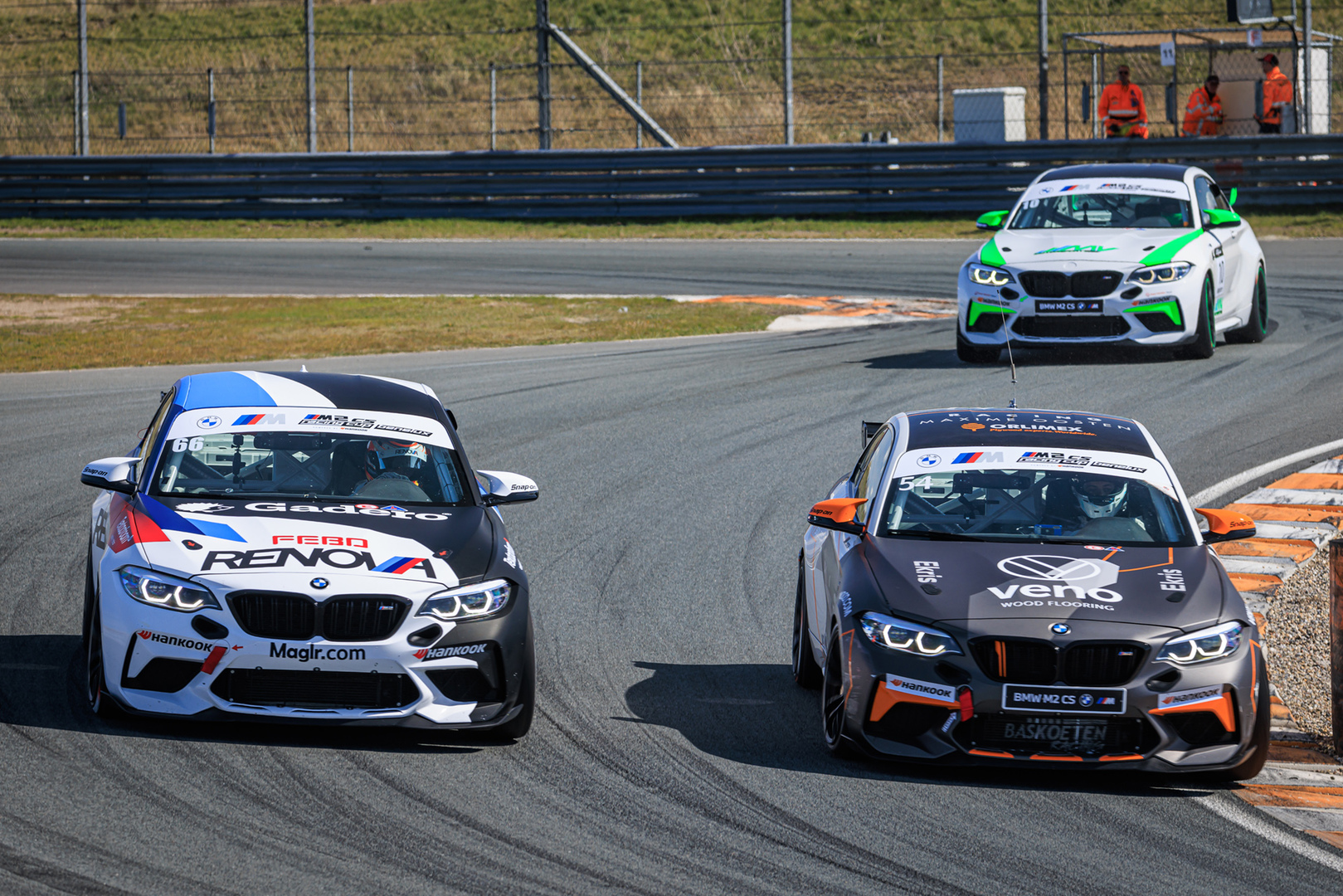 On lap 10, Oosten passes Van Riet when entering the Hans Ernst corner and takes the lead. Caprasse is riding very strong in fourth place, just under six seconds behind Snoeks. Joeri Janssen spins independently in the Kumhobocht and hits the crash barrier. He can continue, but enters the pits.

Maxime Oosten is a second behind Van Riet in lap 14. Then the pit window opens and Veels, Jochems, De Vreede and Rosoux Piron enter immediately. The top four continue.

Oosten is getting a little further out, after 15 laps the gap is almost two seconds on Van Riet. Snoeks is the first of the leaders to enter the pits. 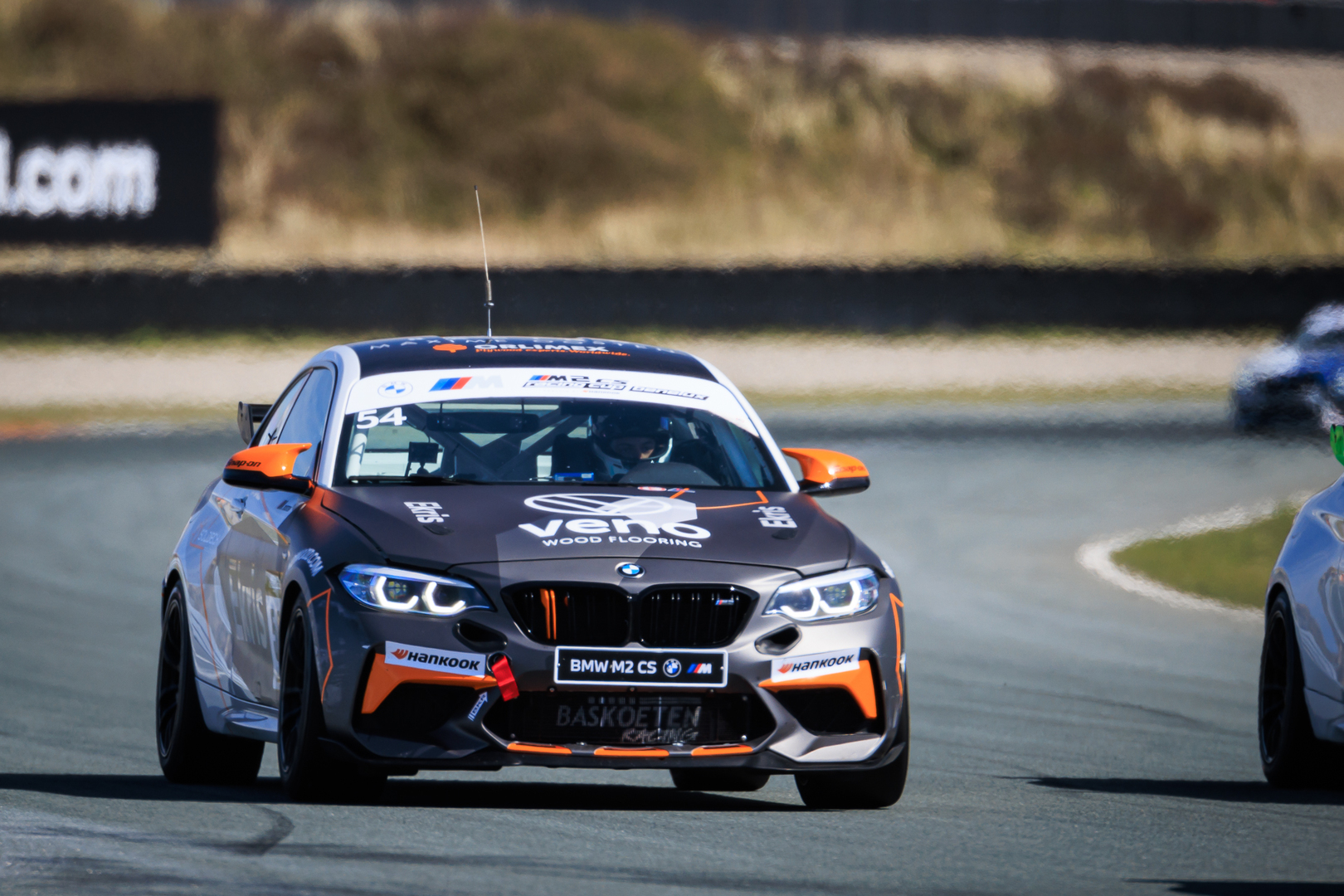 Van Riet enters, Oosten is in a good rhythm and drives on, with 3 minutes to go in the pit window. In the first race, the van Oosten team made a mistake that left him stuck in the pits for 13 seconds too long, losing his lead in that first race and having to start the advance again in fourth. That has to change now and after round 17 Oosten finally comes in, just like Caprasse on p2 and Molenaar on p3.

After all the pit stops, Oosten retains the lead, but Meijer is only 0.2 seconds behind. Snoeks follows in third place at 3.5 seconds. Meijer doesn't give Oosten a moment's rest, he drives for laps on the bumper of the Ekris BMW M2. Snoeks dropped out, however, he now drives 4.5 seconds behind Meijer and in lap 22 Snoeks enters the pits again. It comes back onto the track, but has fallen back to p10. 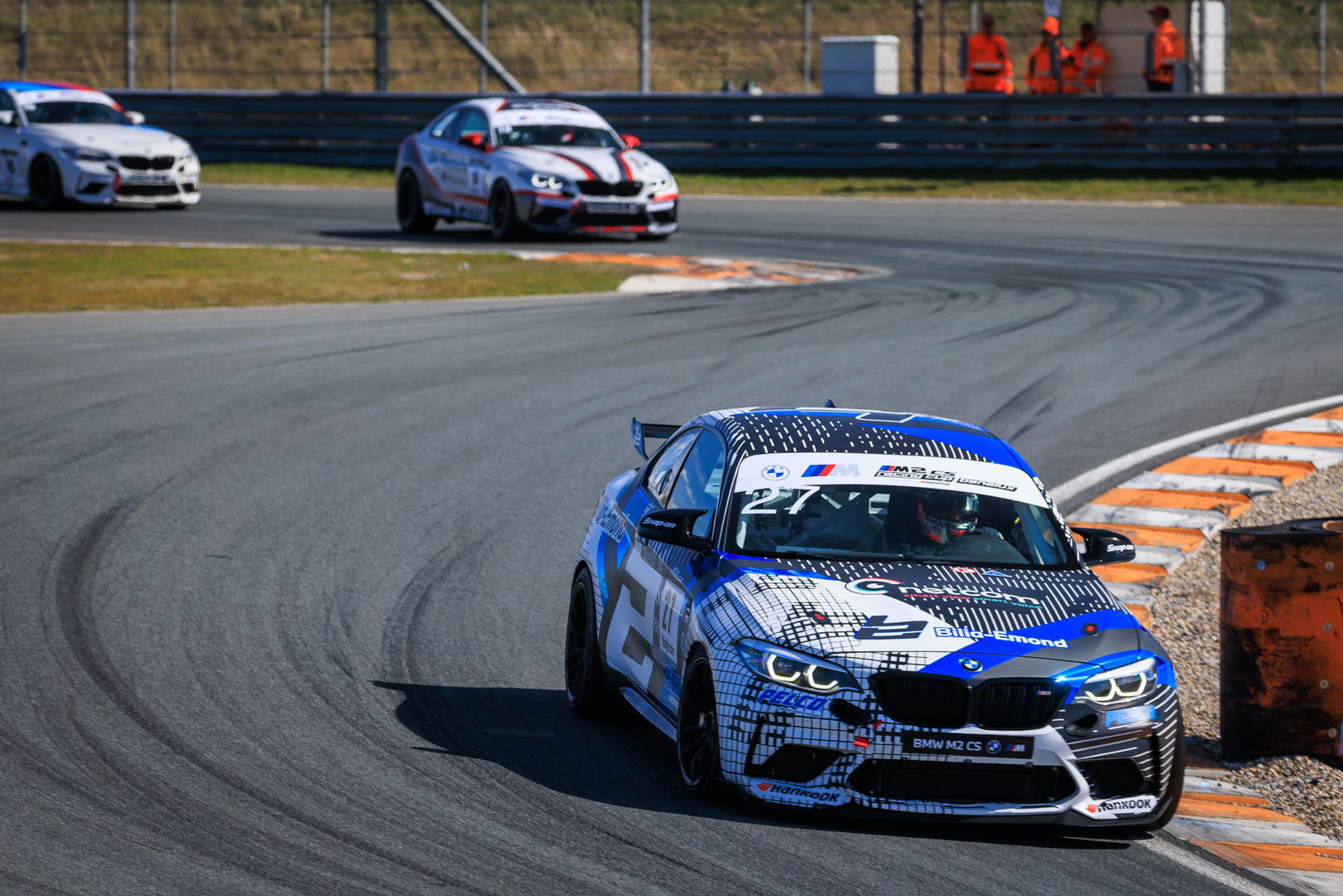 Caprasse is the solid number three behind Oosten and Meijer, but he is well behind the ruffs in the lead. Warmerdam is fourth, eight seconds behind. 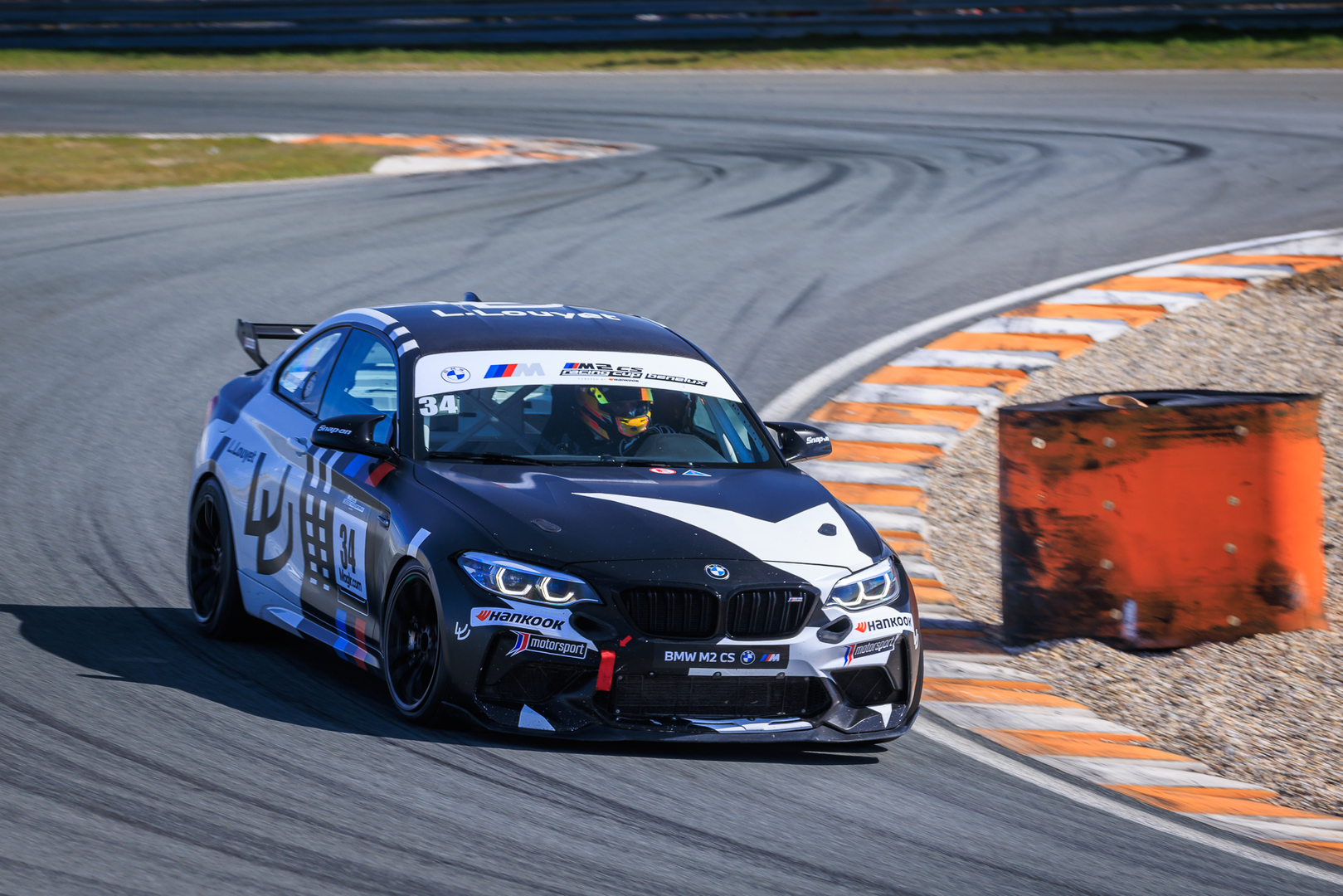 Daan Pijl quickly climbed up to p5 after the driver change, just before Scamardi. But his advance is halted when he suffers a blowout when braking for the Tarzan Bend. He goes straight ahead in the Tarzan bend, comes out of the gravel box himself and falls out.

In round 28 Meijer passed Oosten after all, the young Frisian follows at 0.2 seconds and is not giving up yet. The next round they go side by side for hundreds of meters, with East winning this fight. At start/finish the difference is only 0.1 sec and with three minutes on the clock everything is still possible.

The leading duo does not give each other an inch. Oosten keeps a cool head and retains the lead despite the enormous pressure from Meijer. At the start of the last round, Oosten has a 0.8 sec lead over Meijer and he seems to be going to win the nice fight.

After 33 laps, Maxime Oosten crosses the finish line 1.2 of a second earlier and wins the spectacular race. Willem Meijer/Lorenzo van Riet are second and Caprasse is third, at just over 20 seconds.

More news from the VRM Voorjaarsraces 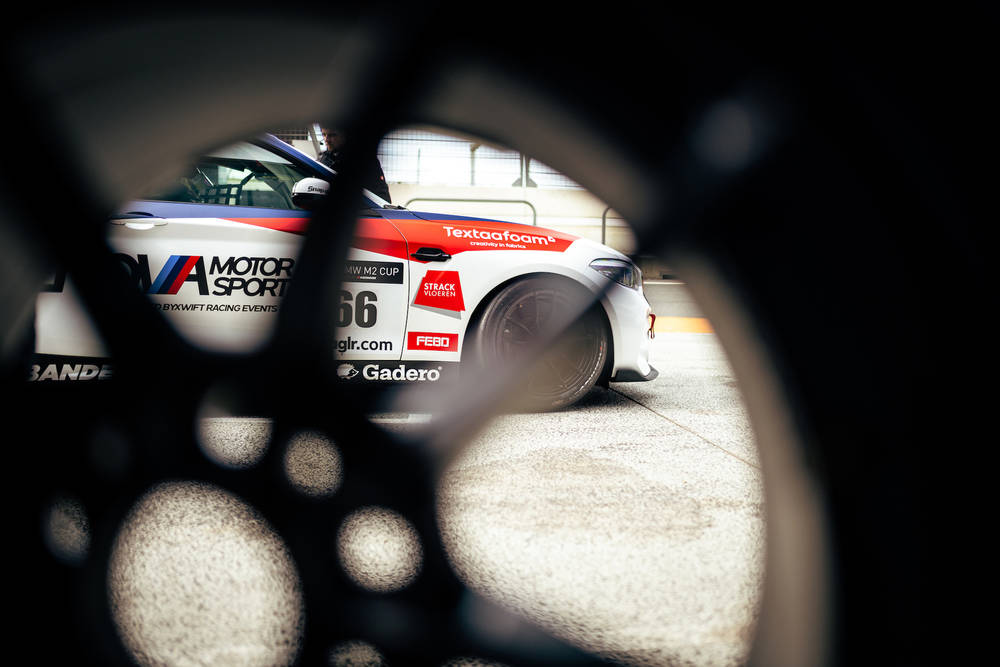 Watch the report of the voorjaarsraces in Zandvoort 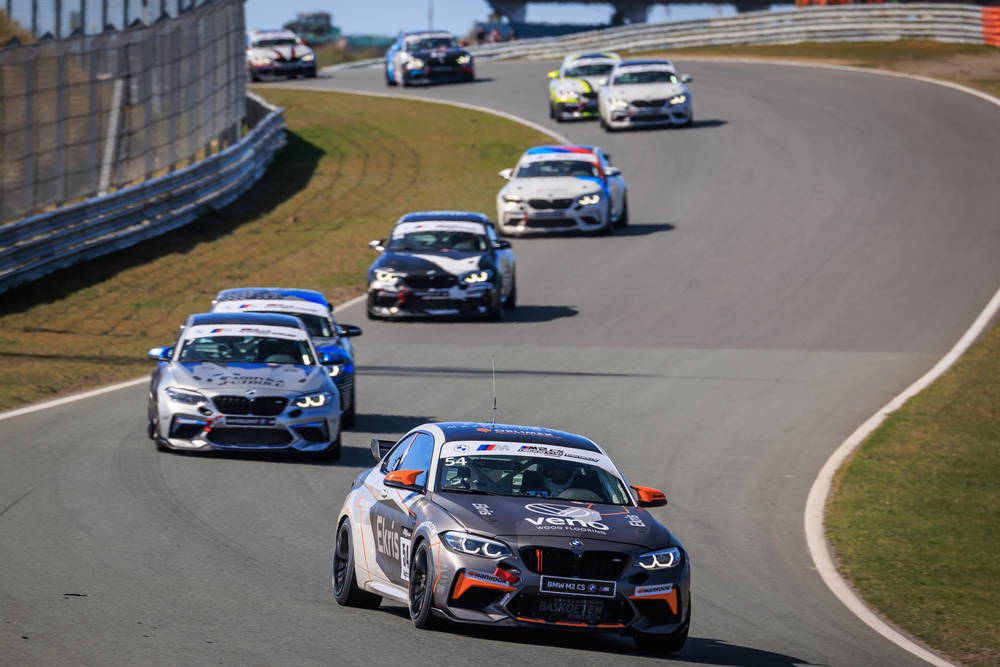 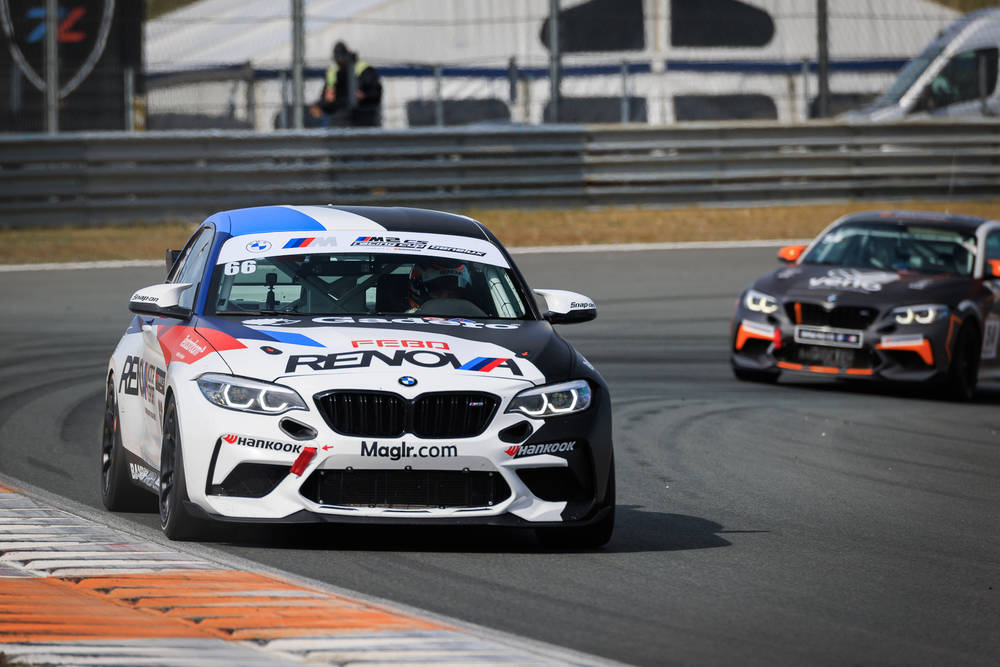 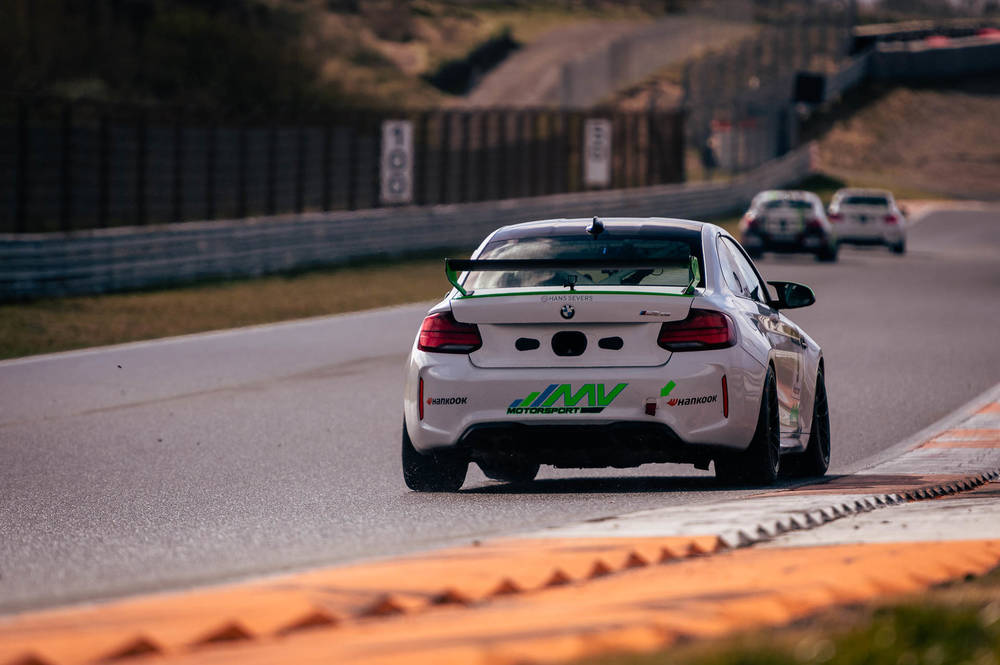