During the VRM Spring Races at the CM.com Circuit Zandvoort, the Meijer/Van Riet team confirmed their candidacy for the title with a victory and a second place. The surprising second place goes to Fred Caprasse, who made it clear with a third podium place in both races that there are also title candidates among the Belgian participants. Maxime Oosten won the second race, but due to his retirement in the first race he is fifth. However, the season is still long!

From Friday 13 May to Sunday 15 May, the Hockenheimring will be the second battleground for the BMW M2 CS Racing Cup Benelux. On Friday there are two free practice sessions and qualifying, on Saturday and Sunday a race of one hour each.

Overtaking opportunities
It will be the first visit of the BMW M2s to the Hockenheimring. The circuit in Baden-Württemberg is 4,574 meters long and is known, among other things, for the races in Formula 1 and DTM. The circuit was built in 1932 and was then more than 12 km long. However, there have been many renovations over the years. The most recent was in 2002 when it was modified by famed Hermann Tilke to give Formula 1 cars more overtaking opportunities. That also creates many opportunities for the BMW M2 drivers to turn it into spectacular races.

Greatest asset
The first event of the BMW M2 CS Racing Cup Benelux at Zandvoort showed that the list of title candidates this season is long. Willem Meijer, together with Lorenzo van Riet, seems to have the biggest trump card. They competed for the win in both races. In the first race they succeeded, in the second race they had to recognize their superior in Maxime Oosten. But with 43 points after two races, they go to Hockenheim with a nine point lead over the number two.

Smart
That number two is Fred Caprasse, the Belgian driver who drove very consistently in both races and finished third. Although he was just behind the leading group that fought for the podium places in both races, he was smart and took advantage of the mistakes and took a trophy each time.
constant

The number three in the Dutch-Belgium Superstar classification, as the overall championship is called, is also Belgian. Giovanni Scamardi, just like his compatriot, performed consistently at Zandvoort with two fifths positions and that earned him two 13 points and third place in the standings.
changing team

Scamardi shares that third place with team Jop Rappange/Dirk Warmerdam, who are also on 26 points with a sixth position in the first race and fourth in the second. Jop Rappange and his younger brother Dante alternate this season as Warmerdam teammates, but Jop is back at Hockenheim. Last year Dante and Dirk Warmerdam managed to win a race, so for Jop it is certainly a goal to match his brother in this.

Lost Points
The young Frisian Maxime Oosten took the lead in the first race at Zandvoort before the mandatory pit stop and seemed to be able to control it. A failed pit stop, however, threw him back several positions and when his car broke down moments later, a nil result was his share. With a new engine he showed in the second race that he must be taken into account, because he defeated the winning team of the first race, Meijer/Van Riet, in a direct battle. However, he will have to fight hard to make up for the lost points from the first race.

Brawlers
The team Tomasz Magdziarz/Daan Pijl could be seen throughout the field in the first two races. In the early stages of the first race they lost a lot of positions, even ended up in the rear. But they fought their way back to the front with a special second place as a result. Unfortunately, that didn't work in the second race, they qualified last there.

Lonely
Max Veels will ride this season without his teammate Jack van der Ende from last year. He certainly did well to drive the entire race, in the first race he was in the leading group and crossed the finish line just outside the podium in fourth. In the second race he started last, moved up to seventh position, but eventually had to settle for tenth place.

Colorful
Berry van Elk is eighth after two races, the position he crossed the finish line in the first race. In the second race he did that much better with a sixth position to his delight. Nice to see the multicolored BMW M2 competing in the midfield.

Not a great reflection
Kelvin Snoeks is ninth and that is not a great reflection of the position he was in in both races. But where he fought for a podium spot in race one, a 30 second time penalty for an incorrect pit stop pushed him back to 11th position. In the second race he finished seventh and so he has to be content with ninth in the standings. Unfortunately Snoeks can not be there at Hockenheim.

Two frontrunners
In the battle for the NL Trophy, for drivers over 45 years, two teams dominated. The first race was won by Rogier de Leeuw and Patrick de Vreede, Albert Jochems and Charles Zwolsman were second. In the second race, both teams switched positions, so that they are now both in the lead with 43 points.
Good debut. BMW M2 debutant Jayden Post finished seventh in race one, but unfortunately did not finish in race two.

Program
All in all, enough reason for all participants in the BMW M2 CS Racing Cup Benelux to travel to the Hockenheimring in good spirits. On Friday 13 May there are two free practice sessions of 40 minutes each on the program. The twenty minute qualifying starts at 6.45 pm.

TV
Extensive video reports of all races in the BMW M2 CS Racing Cup Benelux are broadcast by RTL7 in the new TV program Autosport NL. 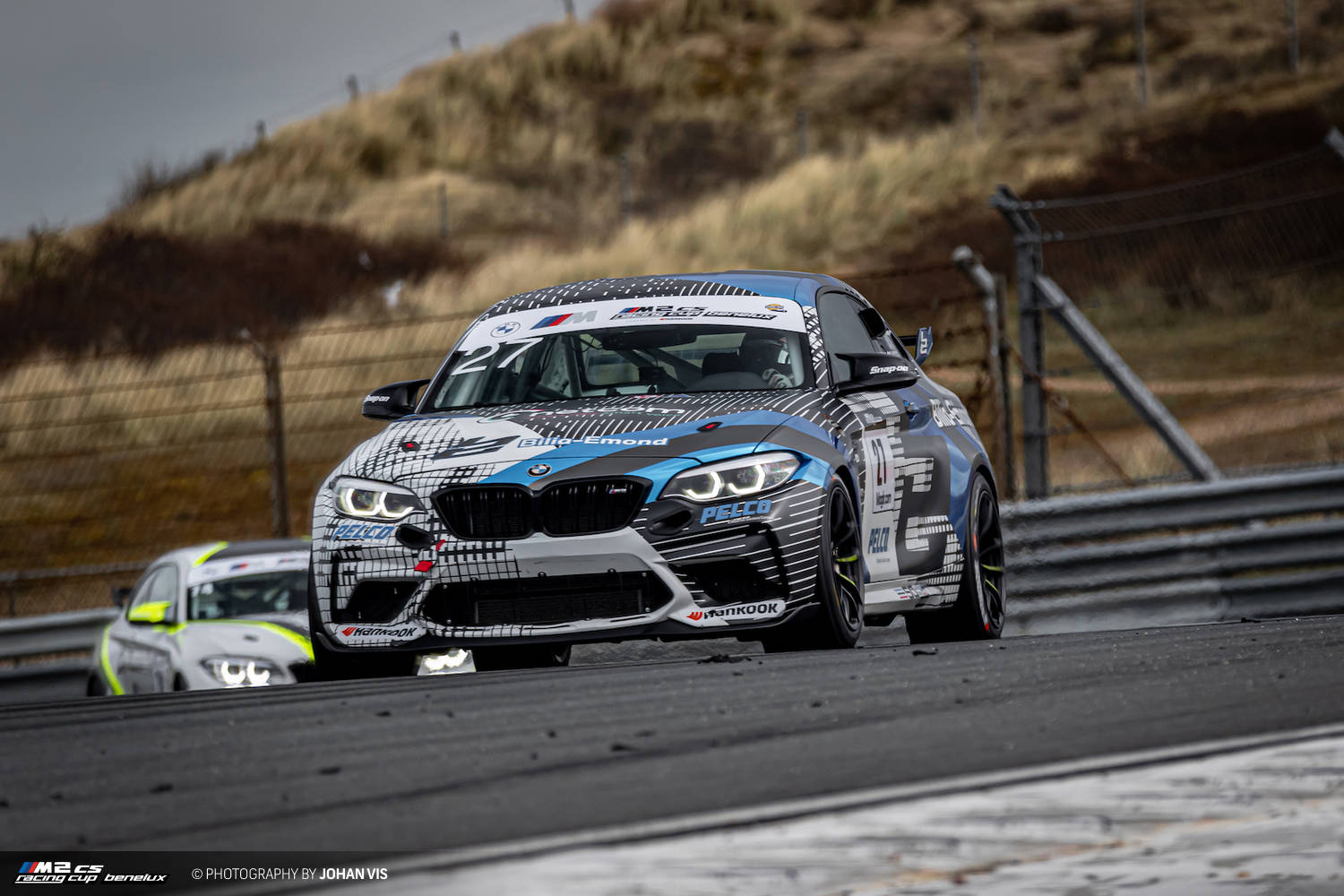 More news from the Creventic 12H 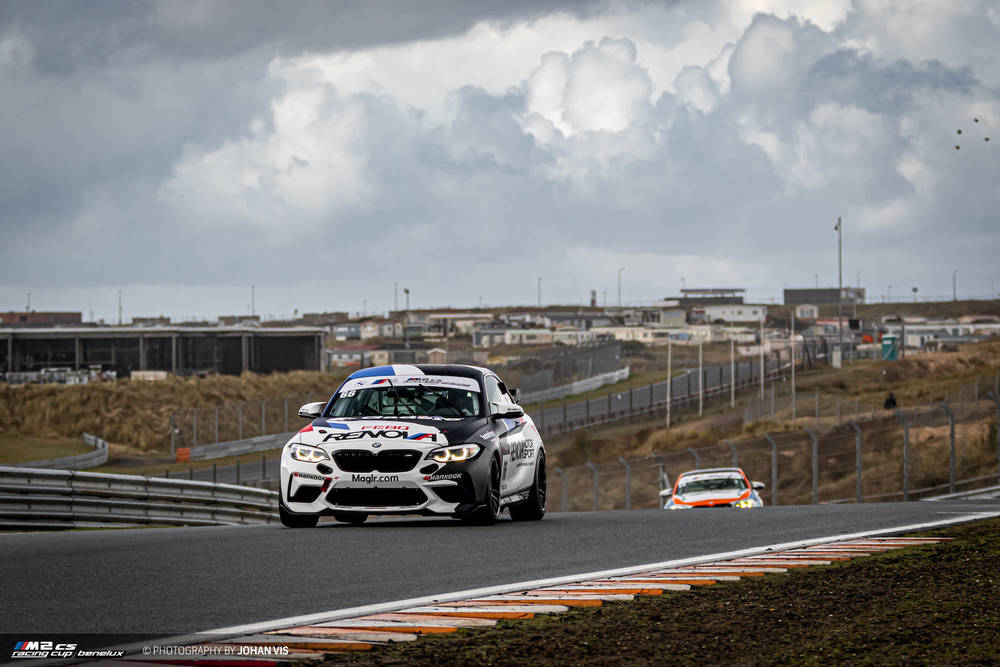